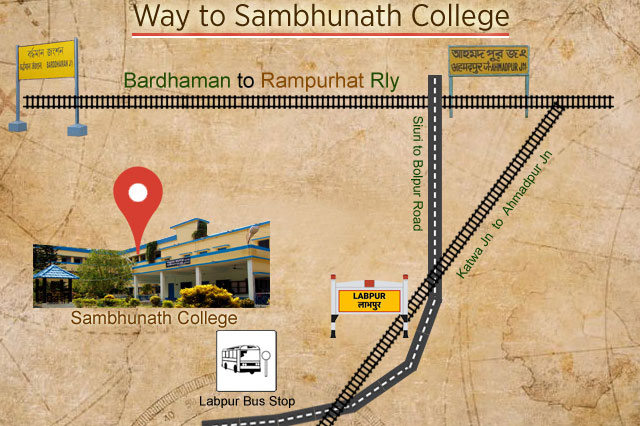 Sambhu Nath College, in Labpur in the district of Birbhum was established in the year 1963 as lone institute of higher education in such a remote area where the light of proper education had not yet fully reached. It deserves special mention that all sections of people, the haves and the have-nots, have rendered yeoman’s service to the construction and development of the institution situated mainly in a poverty stricken locality where most of the people are steeped in illiteracy, ignorance and superstitions. The college emerged only with single building with fifteen rooms and with a view to educate the pupils coming from backward communities and working class people, most of whom were first generation learners. Since the state of infancy the college proceeded in the teeth of oppositions, both financial and functional.