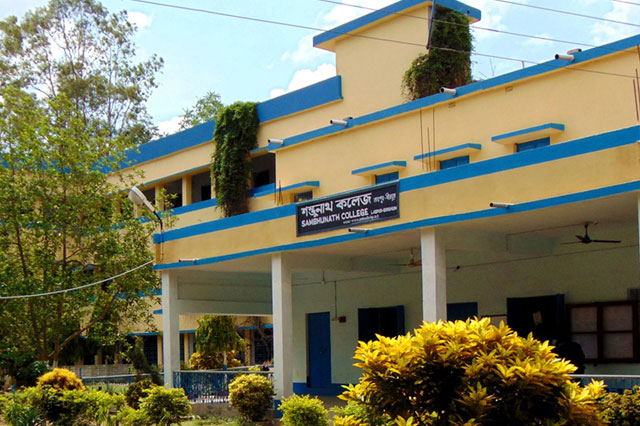 Sambhu Nath College, Labpur in the district of Birbhum was established in the year 1963 as lone institute of higher education in such a remote area where the light of proper education had not yet fully reached. It deserves special mention that all sections of people, the haves and the have-nots, have rendered yeoman’s service to the construction and development of the institution situated mainly in a poverty stricken locality where most of the people are steeped in illiteracy, ignorance and superstitions. The college emerged only with single building with fifteen rooms and with a view to educate the pupils coming from backward communities and working class people, most of whom were first generation learners. Since the state of infancy the college proceeded in the teeth of oppositions, both financial and functional.

The college developed gradually through storms and strains. Of course, the UGC has contributed much to its development. The contribution of the Govt. of West Bengal cannot be lost sight of. Buildings have been erected. Different faculties have been opened. The number of teachers in different subjects has increased though not considerably. The number of students is increasing day by day. But even the sweetest rose has its thorns. Similarly, we are not free from shortcomings and drawbacks. We minutely observe that the teachers make a best of themselves to impart lesson on various subjects to the young learners, but unfortunately most of the students coming from the toiling mass are less interested in the matter of education. Reasons are not far to seek as the students are mostly mediocre. Most of the students are to assist their parents in the work of cultivation. Sometimes some of them are to work as labours. Quite obviously the economic conditions of their families are a hindrance to the way of their learning. Moreover, unemployment is a burning problem of our country in general and of the locality in particular. The students cannot see a ray of hope after the completion of their education. Naturally, we cannot grow much interest in education among the common run of pupils, in spite of our earnest endeavor.

Ours is an age of science and technology. Globalization is now getting paramount importance in different spheres of life. The privatization of investment, even in education sector makes our head reel. However, web of new changes all over the world have swept in an arena of higher education.

Sambhu Nath College, Labpur welcomes all these changes and makes an earnest effort to meet the challenges in new environment in discharging its service to the society.